Explain what is Machine learning?
Machine learning is the field of study that gives computers the avility to learn without being explicitly programmed.
OR
The acquisition of knowledge or skills through study or experience by a machine.
OR
The ability for machines to learn without being explicitly programmed.

What are different types of learning? 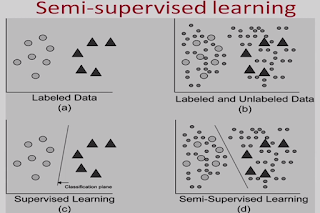 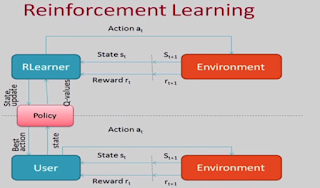 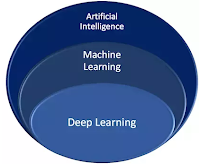 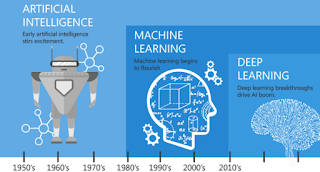 Explain Supervised learing?
In unsupervised learning we only have xi values, and also have explicit target labels.

Difference between Supervised and Unsupervised learning?

What type of algorithm used in Supervised and Unsupervised learning?

Explain classification?
In machine learning, classification is the problem of identifying to which of a set of categories (sub-populations) a new observation belongs, on the basis of a training set of data containing observations (or instances) whose category membership is known.

What do you understand by Cost Function in supervised learning problem? How it help you?
Cost function takes an average difference of all the results of the hypothesis with inputs from x's and the actual output y's. and help to figure best straight line to our data.

What is a support vector machine?
Maximize the minimum distance of all errors.
e.g.
The dish is good by itself but to enhance the dish, you put the most amount of salt in a dish without it tasting too salty

What do you understand by hypothesis space?
It is a set of legal hypothesis. 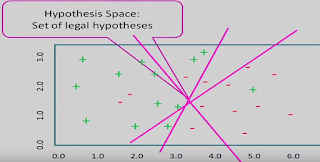 Describe variance and bias in what they measure?
Variance measures the consistency (or variability) of the model prediction for a particular sample instance if we would retrain the model multiple times, for example, on different subsets of the training dataset. We can say that the model is sensitive to the randomness in the training data. In contrast, bias measures how far off the predictions are from the correct values in general if we rebuild the model multiple times on different training datasets, bias is the measure of the systematic error that is not due to randomness.

Describe the benefits of regularization?
One way of finding a good bias-variance tradeoff is to tune the complexity of the model via regularization. Regularization is a very useful method to handle collinearity (high correlation among features), filter out noise from data, and eventually prevent overfitting. The concept behind regularization is to introduce additional information (bias) to penalize extreme parameter weights.

Explain Random forest?
Random forest is a collection of trees, hence the name 'forest'! Each tree is built from a sample of the data. The output of a RF is the model of the classes (for classification) or the mean prediction (for regression) of the individual trees.

Explain Local minima?
The smallest value of the function. But it might not be the only one.

What is underfitting? p
Underfitting, or high bias, is when the form of our hypothesis function h maps poorly to the trend of the data.

What usually causes underfitting?
It is usually caused by a function that is too simple or uses too few features.

What is overfitting? p
Overfitting, or high variance, is caused by a hypothesis function that fits the available data but does not generalize well to predict new data.

What usually causes overfitting?
It is usually caused by a complicated function that creates a lot of unnecessary curves and angles unrelated to the data.

How can we avoid overfitting?
Stop growing when data split is no more statistically significant OR grow tree & post-prune.

What is features scaling?
Feature scaling is a method used to standardize the range of independent variables or features of data. In data processing, it is also known as data normalization and is generally performed during the data preprocessing step.

What are the advantages of data normalization?
Few advantages of normalizing the data are as follows:
1. It makes your training faster.
2. It prevents you from getting stuck in local optima.
3. It gives you a better error surface shape.
4. Wweight decay and bayes optimization can be done more conveniently.

What range is used for feature scaling
0-1

What is the formula for feature scaling?
(x-xmin)/(xmax-xmin)

What two algorithms does features scaling help with?
K-means and SVM RBF Kernal

What two algorithms does features scaling NOT help with?
Linear regression and decision trees

What do you understand by clustering?
Clustering means grouping of data or dividing a large data set into smaller data sets of some similarity.

What is a good clustering algorithm?
K-means

In a basic sense, what are neurons?
Neurons are basically computational units that take inputs, called dendrites, as electrical inputs, called "spikes", that are channeled to outputs , called axons.


What is Regression Analysis?
We are given a number of predictor (explanatory) variables and a continuous response variable (outcome), and we try to find a relationship between those variables that allows us to predict an outcome.

What are the dendrites in the model of neural networks?
In our model, our dendrites are like the input features.

What are the axons in the model of neural networks?
In our model, the axons are the results of our hypothesis function.

What is the bias unit of a neural network?
The input node x0 is sometimes called the "bias unit." It is always equal to 1.

What are the weights of a neural network?
Using the logistic function, our "theta" parameters are sometimes called "weights".

How do we label the hidden layers of a neural network?
We label these intermediate or hidden layer nodes. The nodes are also called activation units.

What is the kernal method?
When you can't use logistical regression because there isn't a clear delineation between the two groups, you need to draw a curved line. Multiply x & y to separate groups on a 3d plane.
e.g.
monkey in the middle. If there are two people on either side of the person in the middle, how do you draw a straight line to separate the two groups (e.g. logistical regression)? You can't. You have to draw a curved line.

What's the motivation for the kernel trick?
To solve a nonlinear problem using an SVM, we transform the training data onto a higher dimensional feature space via a mapping function and train a linear SVM model to classify the data in this new feature space. Then we can use the same mapping function. to transform new, unseen data to classify it using the linear SVM model.
However, one problem with this mapping approach is that the construction of the new features is computationally very expensive, especially if we are dealing with high-dimensional data. This is where the so-called kernel trick comes into play

Describe Logistic Regression vs SVM.
In practical classification tasks, linear logistic regression and linear SVMs often yield very similar results. Logistic regression tries to maximize the conditional likelihoods of the training data, which makes it more prone to outliers than SVMs. The SVMs mostly care about the points that are closest to the decision boundary (support vectors). On the other hand, logistic regression has the advantage that it is a simpler model that can be implemented more easily. Furthermore, logistic regression models can be easily updated, which is attractive when working with streaming data.

Give an overview of the decision tree process.
We start at the tree root and split the data on the feature that results in the largest information gain (IG). In an iterative process, we can then repeat this splitting procedure at each child node until the leaves are pure. This means that the samples at each node all belong to the same class.

What is feature extraction?
A method to transform or project the data onto a new feature space. In the context of dimensionality reduction, feature extraction can be understood as an approach to data compression with the goal of maintaining most of the relevant information.

Explain PCA in a nutshell.
It aims to find the directions of maximum variance in high-dimensional data and projects it onto a new subspace with equal or fewer dimensions that the original one. The orthogonal axes (principal components) of the new subspace can be interpreted as the directions of maximum variance given the constraint that the new feature axes are orthogonal to each other

What is Exploratory Data Analysis?
(EDA) is an important and recommended first step prior to the training of a machine learning model. For example, it may help us to visually detect the presence of outliers, the distribution of the data, and the relationships between features.

What is word stemming?
The process of transforming a word into its root form that allows us to map related words to the same stem

What is OLS?
Ordinary Least Squares (OLS) method is to estimate the parameters of the regression line that minimizes the sum of the squared vertical distances (residuals or errors) to the sample points.

What are residual plots?
Since our model uses multiple explanatory variables, we can't visualize the linear regression line (or hyperplane to be precise) in a two-dimensional plot, but we can plot the residuals (the differences or vertical distances between the actual and predicted values) versus the predicted values to diagnose our regression model. Those residual plots are a commonly used graphical analysis for diagnosing regression models to detect non-linearity and outliers, and to check if the errors are randomly distributed.

What is the elbow method?
A graphical technique to estimate the optimal number of clusters k for a given task. Intuitively, we can say that, if k increases, the distortion (within-cluster SSE) will decrease. This is because the samples will be closer to the centroids they are assigned to. The idea behind the elbow method is to identify the value of k where the distortion begins to increase most rapidly,

What is Deep learning?
It can be understood as a set of algorithms that were developed to train artificial neural networks with many layers most efficiently.

What is gradient checking?
It is essentially a comparison between our analytical gradients in the network and numerical gradients, where a numerically approximated gradient =( J(w + epsilon) - J(w) ) / epsilon, for example.

What are Recurrent Neural Networks?
Recurrent Neural Networks (RNNs) can be thought of as feedforward neural networks with feedback loops or backpropagation through time. In RNNs, the neurons only fire for a limited amount of time before they are (temporarily) deactivated. In turn, these neurons activate other neurons that fire at a later point in time. Basically, we can think of recurrent neural networks as MLPs with an additional time variable. The time component and dynamic structure allows the network to use not only the current inputs but also the inputs that it encountered earlier.